I am pleased to write to inform you that I have received the next batch of Jack Petchey Awards for distribution to Scouts and Explorers in Bromley.  In total I have 48 awards of £250 to distribute by the summer.

I know most of you are familiar with the award, but for those of you who are not please see below details about who is eligible and how to nominate.

You can access the nomination form using the link below.  This is the only way that you can submit a nomination.

This time, I am going to run a rolling programme until all 48 awards are awarded.  You can nominate from today and I will review them at the end of March, April and May by which time hopefully all will have been distributed.

Please use this as an opportunity to give recognition to the Scouts and Explorers in your groups, and to receive money to enhance your Group and programme.

What is the Jack Petchey Award?

The award scheme recognises young people who have gone above and beyond, and achieved – perhaps where others thought they might fail.  Winning an Achievement Award should mean different things for different people – it may represent a personal triumph against adversity, it may recognise a young person who has pushed themselves outside of their comfort zone, it may be the opportunity to recognise the outstanding efforts of a team player who always puts others first.

The award is open to Scouts and Explorers in Bromley District.

What does the young person get?

Each recipient of the award receives a certificate, pin badge, and £250 to spend on something for their section or Scout Group.  This is free money that can enhance your programme.  Examples of things the money have been spent on in Bromley are:

Contribution to a canoeing trip

Contribution to a trip to Cheddar Gorge

Meal out for the Explorer unit

Paying for a specific activity at a camp

New maps for the Scout troop

New lanterns for use at a camp

Pay for the Scout Troop to go swimming

Contribution to lessons at a ski slope

The full rules on how the money can be spent can be found here http://www.jackpetcheyfoundation.org.uk/uploads/images/file/AA57%20Spending%20your%20Achievement%20Award%20Scheme%20Grant%20PDF(1).pdf

They also receive an invitation to an annual awards ceremony where they receive a medal, often from the Mayor or another local dignitary.

How do you nominate?

At the very heart of the Achievement Award is the fact that young people make the nominations and are recognising the hard work and efforts of their peers.  To help you to do this I have attached a peer nomination form that you could use at a troop or unit meeting.  Some adult input will be needed when completing the actual nomination form to ensure there is sufficient detail given as the reason why that person should receive an award.

What are the nomination windows?

The current nomination is now open and will close on Friday 20th October.  We have 24 awards to give out this time.  Two further windows will open later in the year.

How will I know if I have been successful?

If your nomination is successful you will be notified by email to the address you included on the nomination form.  You will be able to present the award yourself, or a member of the District Team will be happy to visit your Troop or Unit to make the presentation for you.

How do I receive the money?

Once the young person has been informed they have received the Jack Petchey award they will be asked to decide what they would like to spend the money on.  As soon as you pass this information to me, and provided it is within the rules of the award, they money will be released to you.  Money and certificates will be at the Bromley Scout Shop for you to collect. 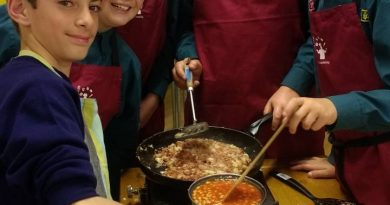 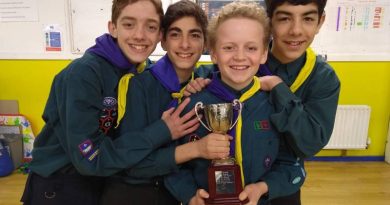