Project
During our expedition round the Ashdown forest, we passed many farms which inspired our project. Our project was the variety of different farms in the south – eastern region of England. The first farm we passed was Deer’s Wood Farm in the Eastern part of the Ashdown forest. It was a cattle farming farm and they also grew some fruit. It was a farm built in the 1860s and has been owned by the Smith family ever since. The second farm we passed was New Lodge Farm owned by the Jones family. It was an arable farm growing wheat in a big field next to the farmhouse. It was built in the 1700s and has been owned by three families in the past. The penultimate farm we came across was Old Mill Farm established in the 21st century. It was an arable farm growing Barley and some fruits. It is owned by the Taylor family and has been owned by them ever since it was built. The final farm was a mixed farm growing wheat and raising animals (sheep and horses.) It was called Bramble Tree farm and was established in the 1800s. It has been owned by four different families but is currently inhabited by the Williams family. In conclusion, most of the farms are arable as the soil is rich and there is a lot of rain to make the crops grow very efficiently.

Blog
On Day 1,
We left St John’s Church at 10:30 heading towards Crowborough Warren. Once we were at Crowborough Warren, we headed westward towards Home Farm. On are way to Home Farm we saw a MOD training camp this was rather interesting to see because later we found out that Louie’s dad had once stayed there while he was hiking in the surrounding area. After we got to Home Farm Matt the scribe did some research on the farm.From Home Farm we headed to the B2188 where we met Doug and Alys for a little break. From there we went on to the Roman Road which has been there for hundreds of years. Then we went on to the Vanguard Way which could later prove very difficult to navigate. Before this we had lunch in a car park aside from the main A-road which our path was parallel to.After lunch we continued down the path to an ice cream van where we met Doug and Alys for ice cream.Then we went to Kids Hill where we had unending suffering and pain because we spent half an hour deciding which path to choose but it turned out they all lead to the same point!We finally got out of Kid’s Hill, and walked towards Highgate, we walked past the Royal Ashdown golf course. Unfortunately, the paths were not well marked so we walked for ages and via pure luck managed to stumble across the right path!We then came across another Scout troop who we walked with for a bit and then we broke off to go and camp at Broadstone Warren.We enjoyed a meal of burgers and new potatoes before going to sleep in tents we had put up earlier.

On Day 2,
We woke up after a wet night and Connor cooked us breakfast which was egg, spaghetti hoops, bacon and delicious hash browns. We then packed up camp and started off for the second day of walking. We followed the path through Forest Row where we met fellow Scouts from Sevenoaks. We then walked on a path which used to be a train track. We walked along the path for about two and a half kilometres before turning of down a long road towards a reservoir. We took a wrong turn and ended up on the other side of the reservoir at a sailing club. Luckily, we met a woman who was helping with the Duke of Edinburgh and knew where we were on the map. We then returned along the path and headed back towards the correct route. However, we had come across a big mud puddle which we all managed to get through with perseverance and muddy feet but then there was Connor; he called out for us because we had continued walking thinking that he had got through. We turn around and Connor was standing there like a flamingo in the mud with one foot in the air as one of his shoes had come off. We laughed afterwards when we realised that there had been a path around it!We continued after eating lunch and unfortunately got lost again on the multiple triangle turnings, but then Doug and Alys came and saved us and got us back on the right track. We were then on the final stretch and with our heads held high and arrived at our destination. We all collapsed on the floor and ate chocolate; how all good things should end!
Thank you to Doug and Alys for supporting us throughout the lead up and during the expedition. 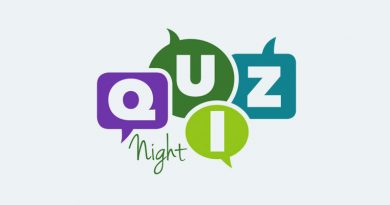 Celebration of our Scouting Year (and AGM)

You can adjust all of your cookie settings by navigating the tabs on the left hand side.